My dose of Kinshasa


Got my full dose today, starting with being picked up a 7 am for a round at the ministries. Before you have a workshop in Kinshasa you have to have approval from the minister, which means going to his office, sitting there for a few hours while he comes and goes, and then finally being invited to talk to him, and he shows you some pleather chairs with a grand gesture, quickly obscuring the game of solitaire from his computer monitor. And then, this won't actually be the minister, this will be the acting deputy minister, because the real minister is always away. Then, after the meeting, he'll ask you to put everything you said into an email, and send it to him, and then call him, to ask him if he received it.
You don't know how many calls I get a day just to ask, did you get my message? and ill say, when did you send it? And they'll say right now! And I'll say, are you sure? And they'll say oh wait Ok now, I just sent it now. And my email has been backed up for days because someone sent me some photos so you can pretty much forget it that i'll see it before the end of the day.
Then I saw my girl Carla, to whom I sent my measurements a week before to get some real African style dresses made. Carla's dresses are works of art. Ripples and ruffles and complex doubling and amazing. Nothing compared to the lady before. Wow. Real deal. Fit perfectly (though the skirts are a bit ample in the butt area). I wore the top part it's like 5 layers of cloth, and lined, I don't know how these people do it so hot! and tight! when I finally left the office to go home. No patience to try and call and wait for a cab, it was still day time so I thought I would press my luck on the boulevard and get into one of those group taxis.
I've heard of this hand motion game where you wave your hand in the direction you want to go and the taxi man that will take you makes a "that direction?" sign and you motion "yeah, that way" and he does a "it is agreed" signal. So I'm doing my wave thing and this busted up corolla with wobbly wheels and 11 guys in the back slows down and the driver is all, that way? And then I don't know I'm shaking my hand but I don't really know how to do it so I go thumbs up? And he's all what? And he shoos me away in digust like i was bring vulgar, but then the guys in the back are all no! No! She wants to go the same way! Pick her up! Pick her up! so they all schooch and I get in with all my bags of clothes and they are just so excited! They all want to pay for me, which is ridiculous, because not a single one has a full set of teeth, I should be paying for them, buuuut I don't really want to set a precedent, do i? So they are all introducing themselves, asking for my phone number, am I married, the whole deal.
Every so often we stop and a bunch of people get out and I keep on trying to position myself towards the door, because it's hot and these guys are pretty stinky, but more people get in and push me over. so I'm scooching, back and forth because some people come in from the other side, and the driver, well he's got an English car so people get out to ride shotgun and its like a constant Chinese fire drill. And I just end up in the middle again. have you seen this mr. Bean episode? because i lived in. anyway when we get to my stop the open the doors on both sides, the sidewalk side and the scary traffic side, and it could have been a scene from Cinderella, the way two men gently took my hands and even put a plastic bag down over a puddle so I wouldn't have to step in it. Adorable.

not paying for no goat

at the end of my workshop this week i got up on a stepladder to pull down the banner, because when you have a workshop, you need to have a giant banner, and to get a banner you print what you want and bring it to a guy on the street who paints the text onto a bedsheet, logos and everything - ours had "carbon" spelled wrong. but anyway. i'm up on this stepladder and all these guys come screaming, "faut payer la chèvre!!" [you have to pay the goat!] and they tell me to get down.
huh?
and so they explain - if the queen of england falls down right in front of you, and you don't stop it from happening, you are responsible! you must pay a fine!
or in congolese terms, you must pay for the goat slaughter at the funeral party.
"but i am not the queen of england, guys"
but you are a woman. this is a man's job.
a few minutes later, i was getting into the land cruiser and totally tripped and face planted into the seat.
the driver is all nooooo f-ing way! i'm not paying for no goat, mondele!
Posted by lefty at 11:39 AM

the little zippers have airplanes on them. 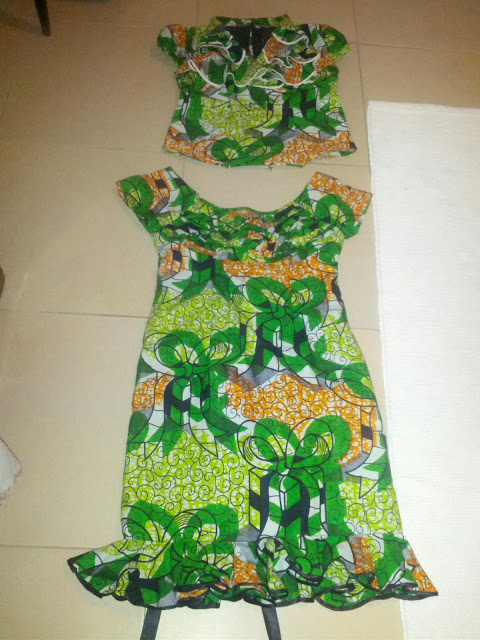 i found a mug! you want coffee?

it's a lucky day when you find a lost mug in the office. my office mate will quickly round any up and offer to go to the kitchen. the kitchen is pretty much hit or miss in terms of supplies, so before the trek down the hall, the messenger needs to know: what if.
so i made a flowchart.


today when i woke up, there was no water in the house. instead i heard maria screaming into her phone, presumably to the owner. "we live 1km from the largest river in africa and you can't find water for me to shower? the moral of this story is that you are incompetent!" the owner was giving the usual excuses - the water ministry is closed on saturdays, his chauffeur is sick, blah blah blah. i asked her where the owner was from and she spat in a isn't it obvious kinda way, "he's jewish!"
so no better excuse than to move my lunch time meeting from the office to the fancy hotel with the olympic size pool, where the fat russian guys who never stay in their lane smoke cigars with their prostitute girlfriends. besides, i need to get a bit of color or else people won't stop asking me if i'm sick.
maria and filiberto were kind enough to drop me off on their way to do errands as they berated the chauffeur for his not even that aggressive by kinshasa standards driving habits. when you finally get us killed you will be happy, eh? eh? meanwhile, when their son drives me to the office i keep putting my foot through the floor in a braking reaction every time he turns or nearly plows into the heaps of pedestrians banging on the doors.
lunch was disappointing as usual. even though there was reggae music blaring, we were informed there was no power, and that we could only order things that can be cooked on the bbq. i want the club sandwich.
but we need to grill the bread madame
can't you grill it on the bbq?
no.
fine, i'll take the soup. (?)
cooked on grill i guess. i also order an iced tea and she comes back, we need power for that madame. which is funny because it is not well known in congo that hot tea and iced tea are the same product..
what about an iced tea that comes in a can?
oh.
then i see 4 or 5 club sandwiches get served to other people, grrrr.
so now i am ipading next to some lebanese guys and tanning my legs and figuring out how to get around without my favorite taxi papi! he's un dubai and i'm going to have to resort to the creepy unreliable dudes with cars with no windshields...or, hoping the UN guy who asked for my digits on the plane can arrange transport...

there's a moment before every trip to Congo when i'm all, am i rrrreally going back there? how am i going to keep busy this time? i'm going to miss berlin, my cats and a little panic attack comes and goes.
and then i land in the madness. even though my hair is a mess, haven't slept in 2 days, the airport guys in their yellow reflective vests take off their helmets and do their whistle and wave mmmmadammmmme! i didn't fill out the stupid custom form, but i just smile and it's ok, "juste pour vous." and the airport lights flicker and go out, to silence. you just hear the sound of the crickets and the horns honking in the distance.
and then i go to work and it's high fives and hugs and aurelgrooves is back! because no one else has my name. they heard i was coming, but when? today! and i hand out my gifts, peanut butter, chocolate, t-shirts, soap, and nothing has changed, except after this winter, i'm much more white (there is no difference between aurelgrooves and this wall!), there is still no toilet paper in the bathroom, the guard is asleep and snoring. i'm back. for another insane time in kinshasa.
Posted by lefty at 12:21 PM