so at every intersection in kinshasa you have a little platform where a police officer stands directing traffic. it's usually all gnarled and dented from where all the drivers smashed into it. whenever there's a nice fancy car the police dude will make it stop so his buddies can mooch cash from the drivers. at least this was the case was until recently. it seems a local university has come up with an "incorruptible policeman." it's a hilarious 8 foot tall metal robot straight out of Futurama, with a solar panel on its head and green and red blinking lights on its chest. 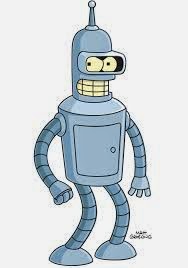 the completely mobile bendy arms stretch out in the direction required to stop traffic. it's absolutely amazing, and what is even crazier, drivers actually obey the robot! i couldn't make this shit up if i tried!
http://www.cnn.com/2014/02/24/tech/robot-cops-rule-kinshasa/
Posted by lefty at 1:20 PM No comments:

it's been 7 years since i've been coming to kinshasa, believe it or not. how far we have come.
a few days before my flight i received a delightful email from air france explaining that they will no longer accept luggage with "rudimentary packing." it destroys their machines or something. so, no more coolers wrapped in rope, no more garbage bags tied with duct tape, only actual luggage, people!
because, the flight to congo never ceases to be thrilling. absolutely no respect for queueing, it's push your way one board and fight for a seat, any seat. i carefully selected an open middle 4 seat area at checkin to be my bed, and guarded them like a cougar to her cubs. anyone who sat down near me, i would ask to see their boarding pass and send them along. sorry row 47 is in the back, move on sister.
the planes we get are always the oldest, crappiest. with the pixelated discolored movie screens that come down from the ceiling, where everyone's face is purple, the old school fabric. the cabin crew must be the rejects, the stewardesses who probably wore unapproved panty house on the paris-milan and their demerits relegated them to kinshasa. you can see it on their angry faces.
the stocky guy next to me is talking loudly into his samsung- long after take off - about the outrageous luggage surcharge he had to pay. nevertheless, he boarded with 3 suitcases, a big plastic bag and once the temperature goes from freezing to slightly bearable he proceeds to remove his blazer blazerS. yes, all 5 of them. he peels them off, one by one and folds them delicately and places them in the overhead bin like he's moving in to a hotel room. another hour into the flight, he pokes me awake. i come to, remove my headphones and he asks "we're flying to kinshasa, right?"
it's always better to visit the bathroom early on, because after a while, the plane looks like it has flipped upside down or something. the place is trashed. i swear, when they repeat that smoking is not allowed (who smokes on planes anymore?) they are talking to the people on Air France flight 888. when was the last time you saw people hanging out in the aisles and talking and drinking? it all happens here.
so yes, there is a mob outside the bathroom. so much for the not convening in open areas, right? there are 15 guys, just hanging out, laughing, drinking beer and mini whiskey bottles, a regular old party. i barge through, excuse me, gotta pee! and then i'm like, wait a minute, i know that guy, it's fally ipupa.  the legendary fally! i had my picture taken with him at the memling in 2007. and here he is. putting a hand on my boob. nice to see you again, fally! 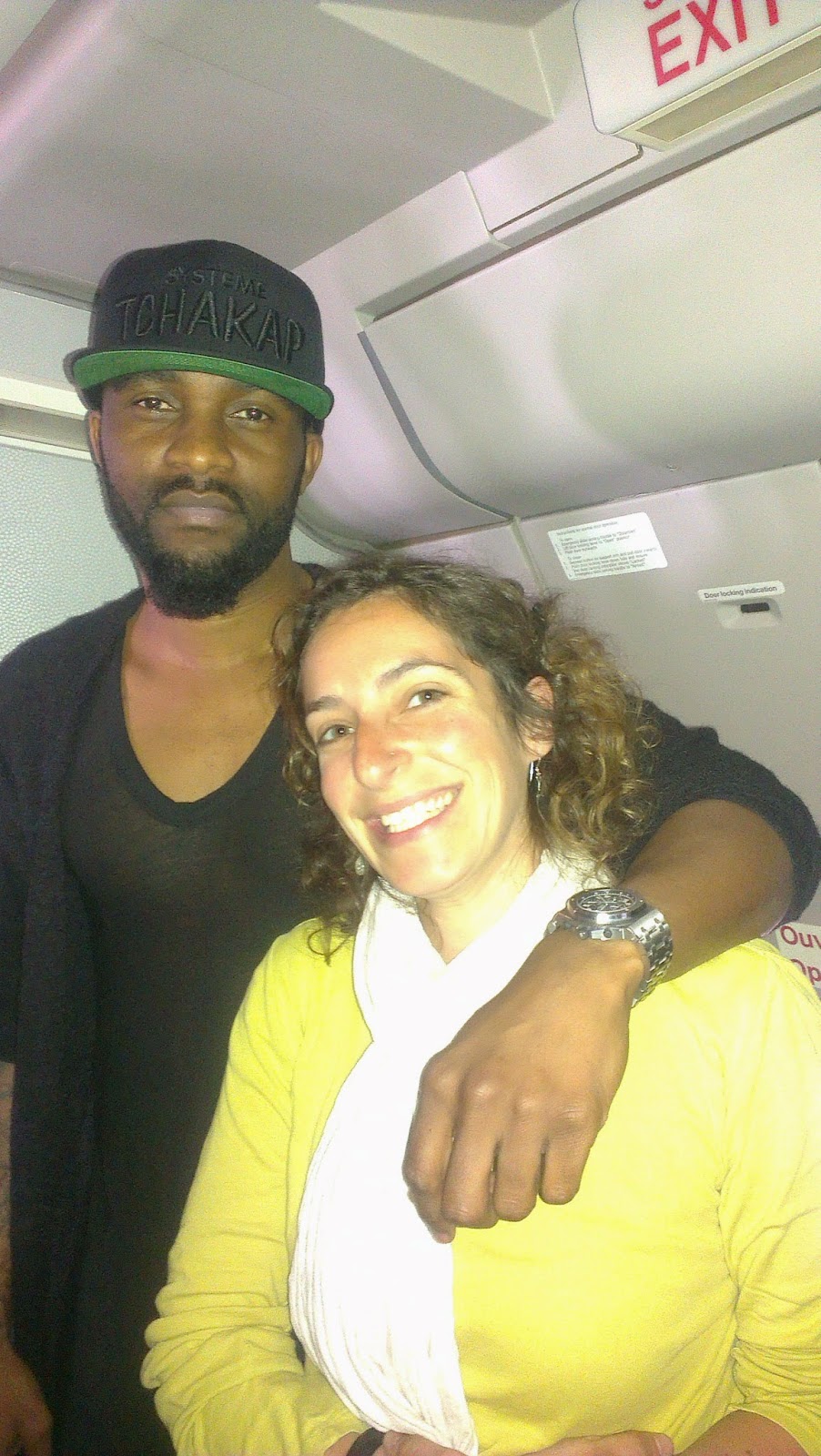 i arrive at my digs, marie's new house in Kinshasa, which has an awesome rooftop terrace with river view. there is mind numbing noise of construction right in front, a house that will eventually block the view. who's house is it?
Fally! ah that jerk...
Posted by lefty at 4:19 AM No comments: