when you are away from the good ole USA for long periods of time, you tend to forget all those quirks that make it truly the weirdest craziest place on earth. the joke used to be yogurt has more culture than yogurt, but now i think americans have culture too, it's just a little strange.
i had an all-out american vacay straddling labor day (2nd most patriotic holiday after july 4th) and september 11th (which beats out a bicentenial independence day in the number of flags and prejudiced attitude).
it started with a lovely wedding in southern virginia, near roanoke. the post-rehearsal dinner bar had strict rules of attire, enforced by a tattoo'd gent with arms the size of my thighs. his sleeves were ripped off like he was the hulk. doesn't that count as "cutoffs?" he wasn't in the mood for humour. 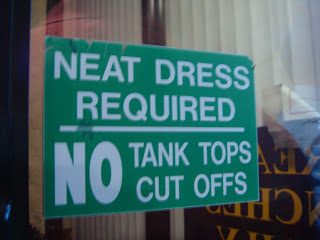 my brother remarked several times that the place was not crowded because of number of people, it was mostly due to the size of their asses. so true. 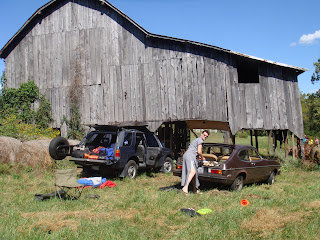 we camped in a slanted field next to an old barn. 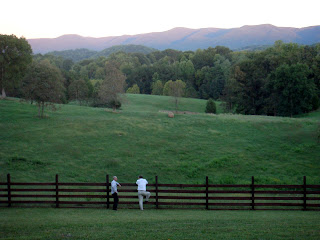 the view was ok.
had a successful day at happy's flea market in hollins, VA, which had tents and stores far more crowded than the teeth in anyone's mouths. it was amazing that the prices never teetered beyond 15$ for an item, yet we were"monitered by camera" as the misspelled signs constantly informed. had a taquito from a mexi-van, now i know these actually exist outside a 7-11.
next stop was foamhenge. the name pretty much says it all.
﻿﻿﻿
﻿you can't tell which stones are real and which ones aren't eh? eh?

we then bathed in a lake, had a memorable meal at the country cafe restaurant, with pages of mystery items to choose from: chicken fried steak and the like, of which only 3 in our party 15 had to pull over for...and pull over...and pull over...
labor day is traditional bbq holiday, and what better way to celebrate than with 10 types of bbq sauce on pieces of a 350 pound pig cooked on a truck trailer.
someone had the brilliant idea to give you sharpies to write your name on your beer. of course, my friends came up with far better than a plane jane regular first name. we took those names to the bowling alley. i felt bad for the parents attending their child's birthday party on either side of us. i should add that there were several phDs and US state department employees on our team.
but that's not all, the final weekend included cookin' up 13 gallons of chowder (pronounced chowdaaaah)...
it doesn't get any more american than that, folks!
Posted by lefty at 7:33 PM